High-End hand made in Germany

Precision is our major fabrication guideline at ACCUSTIC ARTS?. audio products. All our products are manufactured in Germany. Every component passes through elaborate tests, and an individual product test can last up to two weeks, before the component is deemed good enough to be dispatched. The goal for any ACCUSTIC ARTS? product development is not only a no-holds-barred approach to quality, but also to provide an optimized price-value ratio.

We use experience, derived from work in recording studios and the use of P.A. systems at other recording venues when developing new ACCUSTIC ARTS? products. “Absolute Sound Fidelity Through Reproduction” is both the name and the goal at the same time. ACCUSTIC ARTS? stands for ACCURATEACOUSTIC ARTS, which means “the correct art of sound”. To meet this demand, only precise and high-grade components as well as latest technologies and construction principles are being used.

High end from ACCUSTIC ARTS? is expected to sound natural and detailed, it must not sugarcoat music, but has to allow emotion to shine through. Warmth is a desirable result in the sound pattern, but won’t be tolerated as artificial showmanship.

ACCUSTIC ARTS, the High-End product line of SAE - SCHUNK AUDIO ENGINEERING GmbH & Co. KG, was introduced for the first time in 1997, following five years of development, co-operation with external developers and audio experts. Countless tests and listening sessions, material and component checks have shaped the products. The roots of ACCUSTIC ARTS? go back to 1990, when interest in music production, recording and sound playback was born in the Schunk household. The backbone of ACCUSTIC ARTS? is provided by a typical German Mittelstand family business. Senior partner Fritz Schunk ran the Fritz Schunk GmbH for over 30 years. It was a world leader in industrial robotics and industrial handling. Customers included Audi, BMW, Mercedes Benz and Porsche.

In 1997 Fritz Schunk was looking for a new direction, and sold the Fritz Schunk GmbH. Together with his sons, Martin and Steffen he launched SAE - SCHUNK AUDIO ENGINEERING GmbH & Co. KG to focus on his big passion - music. His years in the high tech industry allowed him to use his production know how and detailed understanding. Fritz Schunk still remains the ultimate decision maker at SAE GmbH & Co. KG, he oversees the areas buying, financing, investments as well as quality control.

Martin Schunk, mechanical engineer, is responsible for development and production of ACCUSTIC ARTS High-End equipment. At the age of 15 he started to develop his own loudspeakers. His passion and long lasting experience can be found again in today’s ACCUSTIC ARTS? range.  In collaboration with external and internal audio engineers his areas of expertise are technical engineering and R&D.

Steffen Schunk holds a degree in technical business administration and is a professional music producer.  At SAE GmbH& Co. KG, Steffen is responsible for the commercial area as well as marketing and distribution - ACCUSTIC ARTS? products are now available in over 40 countries. Since 1990 Steffen has been working as professional producer for international record companies. Along with a number of sound engineers Steffen launched Evolve Studios in 1995, today the professional music production and recording business area of SAE GmbH & Co. KG. These priceless experiences had an important impact on the development of the ACCUSTIC ARTS? high-end range. The idea was to take the reproduction as close as possible to what could be heard in the original studio. The first development were near field monitors for recording studios and control rooms, the most sensitive room a loudspeaker can possibly be used in. In 2009 the areas of high end manufacturer and music production were combined to launch a new audiophile label called ACCUSTIC ARTS AUDIOPHILE RECORDINGS (AAAR). AAAR is made up of Steffen Schunk, Milan Sajé (sound engineer) and Rasmus Muttscheller (A&R). All three have been active in the international music business for years and together are responsible for the selection of tracks and artists that are to be released by AAAR.

The synergies coming from both music production/media publishing and ACCUSTIC ARTS?  manufacture can be seen in all products and allow for the implementation of music reproduction on the highest level. The success can be seen in the rising global demand year by year for ACCUSTIC ARTS? products, handmade in Germany. 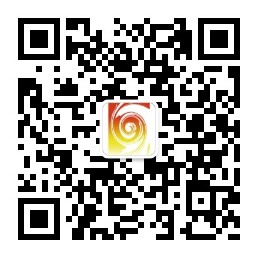 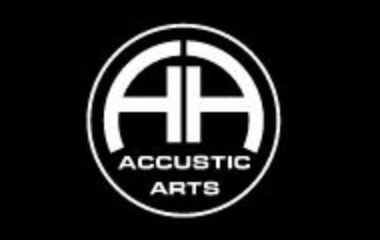